Daniel is an interesting man, he was eighty years old by the time he was thrown into the lion’s den.  One would think that he considers himself old and would be accepting of death in a lion’s den, but God still had work for him to do.

He started out his career with Nebuchadnezzar, who had just conquered his homeland.  As royalty, he was forced to serve the new king.  Yet he made wise choices to follow a physical diet that honored God, which also matched his spiritual diet.  At this young age, we know him as a man of integrity and faith, “Daniel resolved not to defile himself…” (Daniel 1:8) He then served under Belshazzar, where he eventually read God’s writing on the wall which signaled the end of the mighty Babylonian empire and even there, Daniel is not interested in the rewards of his position (Dan 5:17).

After the lion’s den, he still continued to serve his third king Darius and then the next king Cyrus in whose reign the exiles returned to Jerusalem.  Throughout his life, he was a man of integrity and faith.

So when king Darius decrees in Daniel 6:7 that all people should pray to the king, Daniel continues in his way of faith.  He goes “home to his upstairs room where the windows opened toward Jerusalem.  Three times a day he got down on his knees and prayed, giving thanks to his God, just as he had done before.” (Daniel 6:10-11)  Later, the men who wanted to trap him, would find him “praying and asking God for help,” long before they arrived.

Daniel’s character as a good and righteous man was already recognised by the king, who “was greatly distressed, he was determined to rescue Daniel and made every effort until sundown to save him.”  When he finally had no choice, but to put Daniel in the lion’s den, he said to Daniel: “May your God, whom you serve continually, rescue you!” (Daniel 6:16)

The king also recognised that Daniel served God. The king hoped that God would save Daniel.

“At the first light of dawn, the king got up and hurried to the lion’s den.  When he came near the den, he called to Daniel in an anguished voice, “Daniel, servant of the living God, has your God, who you serve continually, been able to rescue you from the lions?”  (Daniel 6:19-20)

The King was not sure that God could save Daniel, his faith was experimental.  Daniel’s faith however, was certain.

Daniel replied in verse 22: “My God sent his angel, and he shut the mouths of the lions.  They have not hurt me, because I was found innocent in his sight.  Nor have I ever done any wrong before you, O king.”

Where did Daniel’s certainty come from?

Daniel’s certainty started in his room long before, when he was praying with the windows open to heaven.  Daniel built his certainty in the presence of God, getting to know His Word from scriptures and spending time in prayer.  Daniel had built his faith, practicing even as a young man, this certainty in the character of God, which he carried with him into his eighties. 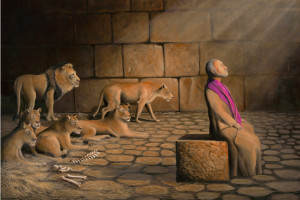 Daniel’s victory in the lion’s den was established the moment he went into his room praying about the King’s decree.  He lived his life out, in the Presence of God and was connected to God in prayer.

Which leads me to ask: “My faith: am I experimenting with God, or am I certain about God long before I face lions?”

Father, I want to be certain about you, not experimental.  Help me to be disciplined in spending time in Your presence, so that my life; every day; starts there; with certainty.  So that the troubles of the day are already overcome in Your presence long before I encounter any “lions” in my day.  Help me to be a person that prays about life and the future, who trusts in Your direction and purpose for my life.  May it be so much a part of me, that I am known as a person who prays with certainty.

I recognise that building a faith that is confident in the Lord at all times, does not start in the moment when faith is needed, but starts long before in the day to day building up of faith and confidence.  I may not feel I can face lions in a den right now, but I can prepare a faith that is ready for lions. 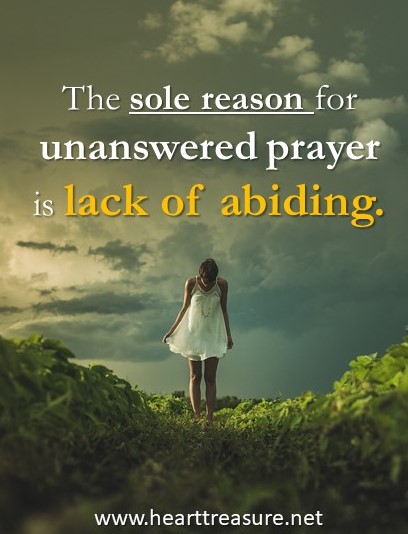 I can do this by “applying my heart to instruction and my ears to words of knowledge.” (Prov 23:12)  The Lord deposits truth in my heart, He reveals it to me by and through the Holy Spirit.  Faith grows by hearing the Word of God, the word is the building blocks of my faith.  God will make sure that my faith is nourished, strengthened and built up in the Word, so that I am ready.

“For as the rain and snow come down from heaven,
And do not return there without watering the earth,
Making it bear and sprout,
And providing seed to the sower and bread to the eater,
So will My word be which goes out of My mouth;
It will not return to Me void (useless, without result),
Without accomplishing what I desire,
And without succeeding in the matter for which I sent it. (Isaiah 55:10-11 AMP)

God wants a new fresh tide of faith, to rise up in me.  He is a rewarder of those who diligently seek Him (Heb 11:6).  Be one Michelle, who pleases God by your faith, step up your faith so that more of His power can be revealed through you.  The Word has to be the foundation of my faith and I have to stop wondering about it.

Next: The Amen of Faith and Zeal