Ever wondered why shepherds were the first to be told that Jesus was born?  You probably haven’t, but I wonder about these things.  What made it significant that it was them?  I often thing that we get so used to hearing the Christmas story, even make up our own versions of the Christmas story, but fail to recognize the importance of each event, and the relevance to mankind. 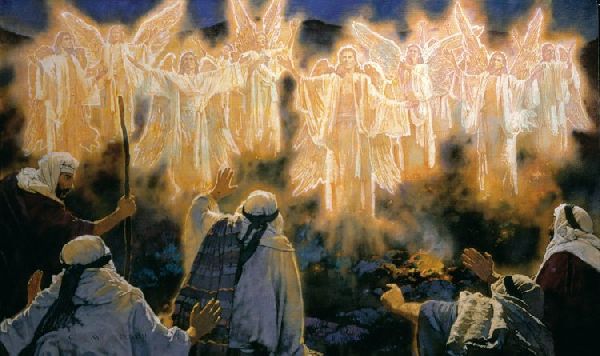 Why Shepherds? Why was a powerful angel sent to tell them (Luke 2:10-12) this news that would bring joy.

“Do not be afraid. I bring you good news of great joy that will be for all the people. Today in the town of David a Savior has been born to you; he is Christ the Lord. This will be a sign to you: You will find a baby wrapped in cloths and lying in a manger.”

What’s more, all of heaven (ranks upon ranks of angels), arrived to have a glorious worship party in the sky. (Luke 2:14)

“Glory to God in the highest, and on earth peace to men on whom his favor rests.”

Perhaps it was because King David was a shepherd.  He killed Goliath and then released all of Israel from the tyranny of the Philistines.  Here Jesus, who was going to be our Good Shepherd, came to release mankind from the tyranny of death.  Is that the significance of Shepherds?

Bethlehem was just six miles away from Jerusalem where the temple was.  These shepherds, likely made a living by providing the future sacrificial lambs.  Lambs which would be sacrificed in the temple, one per family to give them redemption from sin.  It is likely these men, understood the importance of raising lambs without blemish, and the importance of their role in raising these lambs. 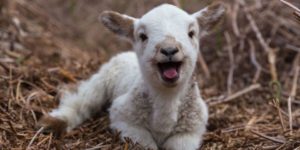 They likely remembered the first time a lamb was slain, in Egypt, under the oppression of the Pharaoh.  Each family had to sacrifice a precious lamb, and put its blood on the top and both sides of their doorways.  Their sins were atoned for, a lamb’s life for theirs.  Then as the angel of death passed by, God’s terrible judgement passed over them.

These shepherds would understand the need for lambs to be sacrificed for sin.  Jesus was to be the Lamb of God, slain for our sin (Rev 13:8, Acts 8:32)

The shepherds had also seen the Roman army invade and take control over God’s land and people.  All of God’s people were waiting for “the Deliverer” or “the Messiah,” a promise of peace.  Hoping that He would free them from the Roman domination, the probably knew or were Zealot guerillas who worked against the Romans. Imagine their delight, when the angel announced that “the Deliverer” had been born, the Messiah.

It meant that the season of oppression was soon to come to an end. 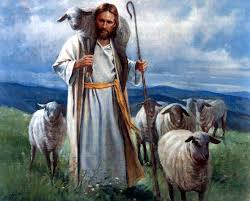 Their occupation was shepherds, when owners or their sons could not take care of their sheep themselves, shepherds were normally hired.  But it seems, that at the time of Jesus’s birth, these shepherds had bad reputations.  Consider how Jesus described hired shepherds in John 10:12-13.

The hired hand is not the shepherd and does not own the sheep. So when he sees the wolf coming, he abandons the sheep and runs away.Then the wolf attacks the flock and scatters it.  The man runs away because he is a hired hand and cares nothing for the sheep.

Since shepherds spent months out in their field without supervision, they were often accused of stealing sheep to increase their own flock.  People were warned not to buy wool, milk or kids from the shepherds, since it was assumed they were stolen.  Shepherds were regarded as real scum, and could not hold office or witness in judicial courts.

These shepherds knew who they were.  Yet the angel announced that the good news was “for all people” and not just for the Jews, or saintly people.

Everyone in all the world was included.

Even the scum of the earth in the form of shepherds, those who were struggling under oppression, or even those estranged from God.  What good news indeed!

Shepherds represent everyone, as individuals needing redemption from sin.  By reputation, needing a new start.  By occupation, a realizing that your work can be fulfilled in Jesus. In society, understanding oppression.  In life, needing to escape death and have eternity available to us.

No wondered they scuttled off to go and see the baby.  Then went on to tell everyone they know, it was good news.

“Hey Johnny, Maria, you needn’t worry about fetching your sacrificial lamb anymore to make atonement for your sin.  The Lamb of God has been born and He will make atonement for our sins once and for all.  His name is Jesus, look for Him.”

“Hey Zealot, the Deliverer has been born.  Soon there will be an end to oppression.  A new Kingdom will be established.”

“Hey Jacob, yes you, you smelly shepherd, your life can be turned around.  The Messiah has arrived.”

“Glory to God in the highest, and on earth peace to men on whom his favor rests.”

Dear Heart Treasure Reader, don’t you just love the Word of God, so rich with details and meaning in every word.  Have a blessed Christmas my dear friend.  May you enjoy your family, make good memories, bless those less fortunate in any way you can and draw closer to the Lord, as you remember His birth.

The Lord is My Shepherd

Who Do You Say Jesus Is?

The Reason for the Season

Each Word from Your Mouth a Gift