We All Fall Down

We all make mistakes in life, or find ourselves in difficult situations.  Life is not just “ringa-ringa-rosie” – sooner or later “we-all-fall-down.”  In the words of Hannah Montana “Everybody makes mistakes, everybody has those days, everybody knows what I talking ‘bout, everybody gets that way.” 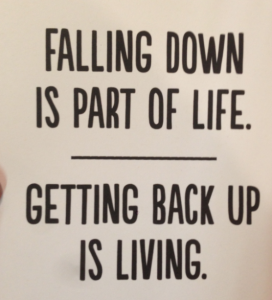 We ALL Make Mistakes

Even the most wonderful characters in scripture made mistakes.

In all of their lives there was something that brought them up short to help them realize that they were going in the wrong direction or in a bad place.

Have you been brought up short by a mistake?

You were going along just fine and then realised you have been going the wrong way.  Covid stopped many of us in our tracks.  But if you are anything like me, when you thought about it,  you were the one who made a mess of things.

It makes me feel better that in ALL the above stories, when the characters stopped and looked at their lives, they themselves had been the ones’ who made a mess of it.

But we serve a God that is all about making a new start. 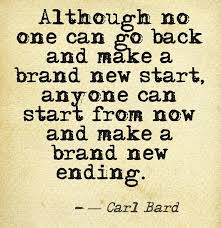 This principle for a new start is seen in:

This new season that is coming, could be your new start.

No matter how badly we mess up, with God on our side, we can at any time make that new start.

2 Sam 22:21 MSG  “God made my life complete when I placed all the pieces before Him.  When I cleaned up my act, he gave me a fresh start.”

Lord, I have made a mess of my life.  I can see this mess when I look at…  Please forgive me Lord.  Help me to fix my heart and my eyes on You.  Be the King of my life, my first help, the one I go to for guidance.  Cause my faith to grow and help me to listen to You and follow You.  Help me to obey that which I have clearly understood is required of me.  Help me to make a new start.

If you really benefited from this post dear Heart Treasure reader, then I am sure you will enjoy the following too: