Doing the Work of the Season

I love sweet peas in the springtime; their fragrance represents freshness, new beginnings.  But to get sweet peas in spring, you need to plant them in autumn. One year I missed the season for planting but decided that it was never too late to plant seeds.  So I sowed my seeds two months later, watered them, fertilised them etc. but when it was time for flowers, my plants where too young.  I had not done the work necessary in the right season.

No amount of extra attention could get them to flower sooner and alas they never did as the summer temperatures climbed and the sweet peas died off in the heat.   I had missed the right season for planting, when weather conditions were right for growing sweet peas.  Sweet peas need the cold to prepare the seed for growth, they need time underground before their green shoots can rise above the soil and they need time to climb high.  My seeds did not have the time needed to prepare for the harvest season; so as a result, not having done what was required in the appropriate season, my harvest was less than my seeds were capable of.  Less than their potential, was what I got. 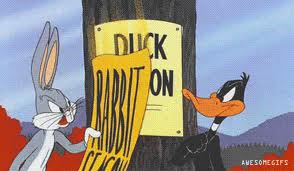 As I shared before in Make the Season Count, it is important to know what season our life is in, because each season carries with it responsibilities for the season.

Seasons are designed by God to bring about greater fruitfulness in our lives.  During seasons, certain activities have to happen and during that season, circumstances and events are orchestrated in such a manner that all our efforts during that season are supportive to the next season.    This was an important lesson for me when my children were toddlers.  I had to keep reminding myself that through discipline and instruction, I was shaping my children into the pre-teen children I wanted.  Now in their teens, it is a different season where I need to be mindful again to the task at hand, shaping the adults that are to come out of this teen season.

Each season carries with it responsibilities and activities that are appropriate to that season and no other.  When we co-operate with the season we are in, things are set up to co-operate with us.  Prov 20:4 warns that “A sluggard does not plow in season, so at harvest time he looks but finds nothing.”  If we fail to do the responsibilities of the season, we cannot expect the benefits of that season later.

In our early marriage years it was important to develop good communication methods and develop thinking we agreed upon.  Now in the later years of marriage, these skills and oneness of mind are paying off.  If we had failed to do the work in the early years of marriage and lived on the “love” between us, we would now have to be working even harder to stay married.

What happens when we miss a season for whatever reason?  Well it is like no longer having the wind behind your back, helping to blow you in the direction you are trying to go.  Ideal circumstances for those activities have moved on (and seasons do change) and trying to do responsibilities that were designed for a previous season becomes more difficult and cost more in sacrifice than they would have in the previous season.

Take the simple example of studying while you are young, single with no responsibilities.  Many young people on leaving school, would prefer to take a gap year, travel or go to work in any job just to get some money and enjoy some pleasures in life.  But while you are young, you have the energy, time, parents supporting you and no added responsibilities.  This is the season of preparation for many a young person.  Missing the season, while you have fun, earn some money to support your fun has implications; you miss the time of preparation.  When you then try to study later in life, it implies sacrificing the free time you have after work, taking away quality time for family activities, allocating money that could be used elsewhere, not having parents available to carry you through this time, perhaps there are implications for your spouse who has to take on greater responsibilities. 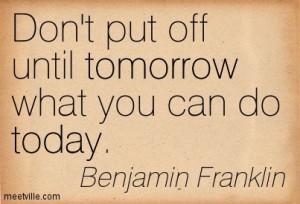 It is never too late to start doing the work of the season you are in.  It is also not too late to do the work that you may have missed in a previous season.  God is gracious to us and remains the Lord of the Harvest, which means that He determines the size of the harvest.  When we say that He is gracious to us as Lord of the Harvest, we believe that He is more than capable of “working in all things for the good of those who love Him, who have been called according to His purpose.”

Be wise in how you choose to live.

Father help me to identify what season my life is in by looking at what characterises my life right now.  Give me eyes to see what season I am in and identify what work, or actions I should be taking in this season of my life.  Help me to co-operate with the purpose of the season in my life so that I will continue to be productive and bear fruit in every season I am in.

If you have enjoyed this post, other posts to think on would be: